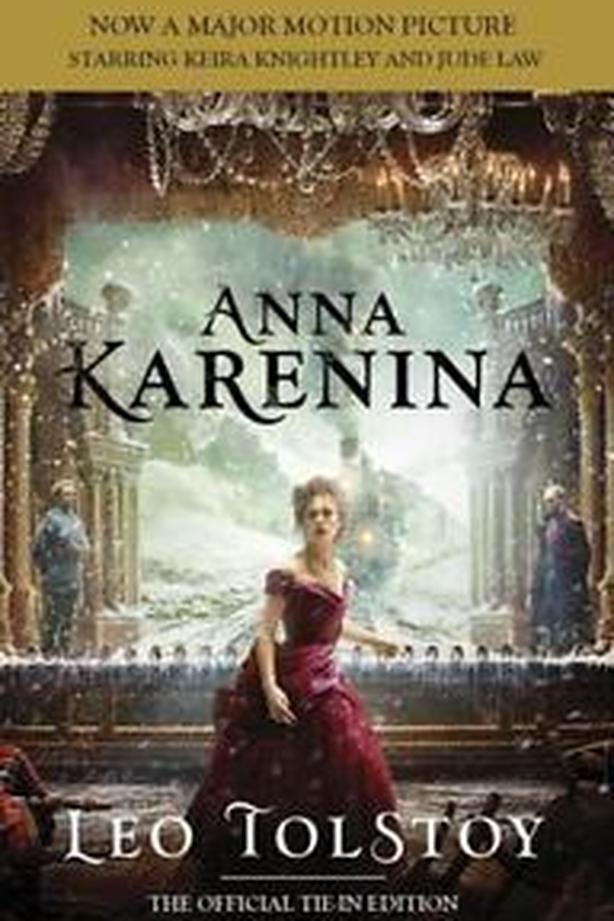 From a smoke and bug free home!


The official movie tie-in to the major motion picture starring Keira Knightly, Jude Law, Emily Watson, and Aaron Johnson, directed by Joe Wright. This edition also includes the screenplay by Tom Stoppard. Leo Tolstoy's classic story of doomed love is one of the most admired novels in world literature. Generations of readers have been enthralled by his magnificent heroine, the unhappily married Anna Karenina, and her tragic affair with dashing Count Vronsky. In their world frivolous liaisons are commonplace, but Anna and Vronsky's consuming passion makes them a target for scorn and leads to Anna's increasing isolation. The heartbreaking trajectory of their relationship contrasts sharply with the colorful swirl of friends and family members who surround them, especially the newlyweds Kitty and Levin, who forge a touching bond as they struggle to make a life together. Anna Karenina is a masterpiece not only because of the unforgettable woman at its core and the stark drama of her fate, but also because it explores and illuminates the deepest questions about how to live a fulfilled life. Translated by Louise and Aylmer Maude Tolstoy's beloved novel of doomed love, in the classic Louise and Aylmer Maude translation. Vladimir Nabokov called Anna Karenina"one of the greatest love stories in world literature." The passionate and unhappily married Anna's affair with Count Vronsky and its tragic consequences have moved readers for generations. Legend has it that Tolstoy began writing a cautionary tale about adultery and ended up falling in love with his magnificent heroine; it is rare to find a reader of the book who doesn't experience the same kind of emotional upheaval. Anna Kareninais filled with major and minor characters who exist in their own right and fully embody their mid-nineteenth-century Russian milieu, but it still belongs entirely to the woman whose name it bears, whose portrait is one of the truest ever made by a writer.