Advanced Search
Back to Listings 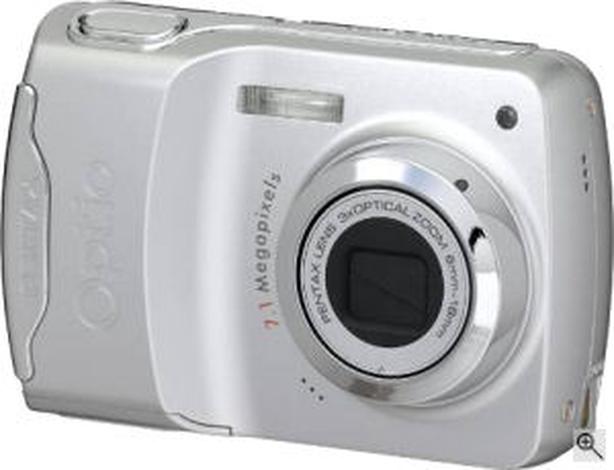 The Pentax Optio E30 is an entry-level point and shoot camera following in the footsteps of the Optio E10 announced one year earlier. The Pentax E30 couples a 1/2.5" seven megapixel CCD imager, 3x optical zoom lens and 2.4" LCD display with 110,000 pixels - but no optical viewfinder - in a compact body. The Optio E30 focuses on ease of use and affordability, with a list price of just $150. A "Green mode" button on the camera's rear lets the Pentax Optio E30 control absolutely every variable other than image size and quality, for the ultimate in point-and-shoot simplicity.
Other features include 11MB of built-in storage memory, NTSC / PAL video and USB data connectivity, a built-in flash and a macro mode that allows focusing as close as fifteen centimeters. Power comes courtesy of two AA batteries - either alkaline disposable (included in the product bundle), or NiMH rechargeable. The Pentax E30 goes on sale from February 2007.
paid $150, but, needs batteries. absolutely used less than 5 times. asking $10. Ph: 204-275-3288.