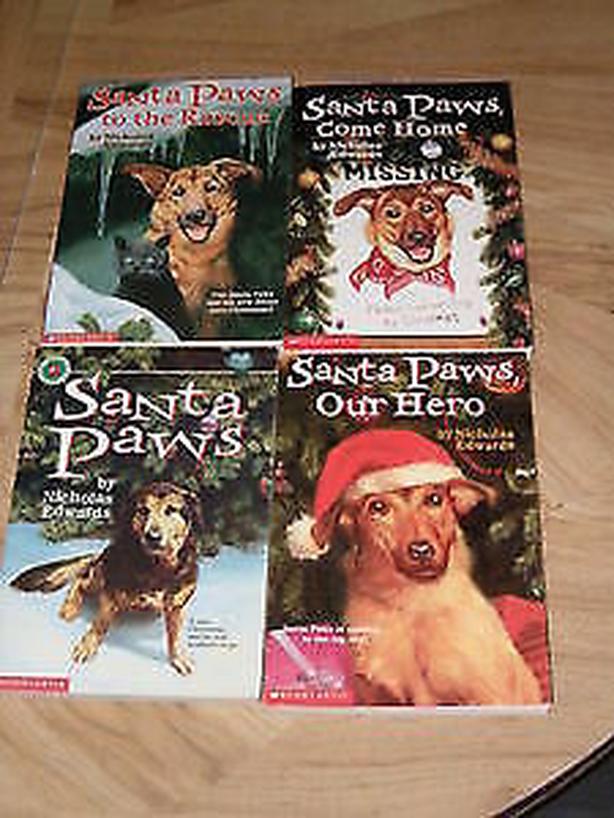 santa paws books by Nicholas edwards ages7 -12
(all for books $18.00.),,
,santa paws our hero ,store retail price $7.41
Everyone's favorite canine hero, Santa Paws, is back in this fifth book in the series. Santa Paws's past rescues have made him quite a celebrity -- but he must prove himself in a new challenge.
book , santa paws to the rescue ,store retail price $6.82
Storm of the century!It was almost Christmas, the Callahans' favorite time of year. With Santa Paws safe at home, it was sure to be a wonderful holiday.book ,santa paws,store retail price $5.13
Performing daring rescues and other brave acts, a homeless puppy earns the name Santa Paws and is adopted by a loving family.